Earlier this year, the League of Railway Industry Women (LRIW) honored Wendy Lindskoog as the organization's "Woman of the Year" for her achievements at Alaska Railroad Corp. (ARRC), where she currently serves as vice president of business management and corporate affairs. The award is presented annually to a woman whose leadership has helped improve the rail industry.

A state-owned, freight-and-passenger railroad, ARRC operates a 500-mile route through 13 Alaskan communities. Over the past 15 years, Lindskoog has been primarily responsible for helping ARRC answer to all of those communities, as well as its customers and other stakeholders, which include Alaska’s governor and the state officials who serve on the railroad’s board of directors. 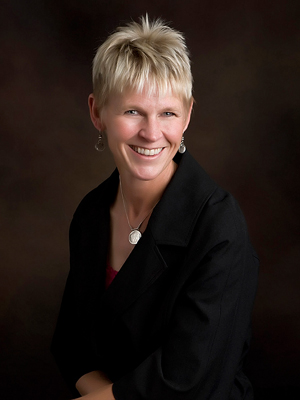 LRIW recognized Lindskoog for her tenured service as a senior manager and executive for ARRC, which hired her in 2009 as the external affairs manager; she has been promoted several times in the years since. She advanced to her current job in 2013, which added to her oversight responsibilities the finance, human resources and supply management departments.

ARRC Chief Executive Officer Bill O'Leary, who has worked for the railroad for more than a dozen years, says Lindskoog put programs into place that changed the railroad’s culture to make it responsive to all of its stakeholders, be they inside or outside the state. Whether she’s working with stakeholders or employees, Lindskoog applies an "effective and collaborative" leadership style, he says.

"Wendy solicits input from a number of different groups that are affected by an issue," says O'Leary. "But at the end of day, she will take those data points and come up with good solutions to the vast majority of issues facing her."

Recently, Progressive Railroading put questions to Lindskoog about her career history and achievements, as well as her interest in recruiting a new generation to the railroad industry. A profile was published in our December issue; excerpts of her answers are featured here.

You've been with the Alaska Railroad since October 1999. How did you end up working for the company?
I had been hired on as the press secretary — and later took on a more broad communications role — for the Senate Majority in Alaska. I did that for four legislative sessions. And at some point, it was a lobbyist who recommended me to the then-CEO of Alaska Railroad for a position that the railroad was creating for a director of external affairs. I came in for the interview with former Gov. Bill Sheffield — who was Alaska Railroad CEO at the time — and he hired me for the position.

What about working for a railroad appealed to you?
There has always been a cool factor to the railroads. So, I think that played into it. And, looking back on my career, things I knew I really enjoyed — and that I always would be a part of — fell into the resource development and transportation realm.

You're not from Alaska originally.
I was born in California, and I moved here in 1995. That said, I moved to Alaska with a ton of family roots. My mother was born in Nome, Alaska, and her mother was born in a little community outside of Nome. My great-grandfather was an immigrant from Sweden who ended up on the Seward Peninsula and who held many jobs over the years, but one of them was a territorial legislator.

How would you describe current relationships between the Alaska Railroad and Alaskans?
In general, the relationships are extremely strong. We run through 13 communities and we make it a point to make sure that we're always interfacing with the mayors of those communities, talking up issues, trying to find ways that we can solve issues together. … It's so much a part of what we know we need to do to be a good neighbor. That's not to say we don’t have issues. Now and then, things have popped up. For example, there was an issue with herbicides [that the railroad applied] on the track to take care of weeds. Those kinds of things can get heated. But part of what we've always done — whether it's a capital project or something contentious with certain people in the public — is to have an open and transparent process.

How has the railroad changed in the years that you've been there?
I came in at a time when we were in a rebuilding phase. It was an exciting time to be part of the Alaska Railroad because we had a lot of projects on the ground. Now, again, I am starting to see an exciting phase of the railroad because we are involved in some economic development projects. For example, we have a new rail line that's being developed to a port about an hour away from Anchorage, and we've got a bridge that was recently built that allows access to some of the largest training grounds for the military in North America.

Why have you stayed with the railroad for 15 years?
There's never been a time when I haven't been able to take on a new challenge and run with it. Part of it is being able to work for leadership that says, "OK, go for it." Not everyone gets that kind of opportunity. The other reason is that the business is just plain fascinating. I go back to the fact that 65 percent of our revenue comes from freight, and there's a critical role the railroad plays in Alaska by hauling the big stuff. And then 25 percent of our revenue comes from passengers, and to be involved year round with the passenger business, that's exciting. And then there's the real estate and economic development side of the house. We own 36,000 acres of land; half of it is operational land but the other half we lease out. So, I've never had a boring day.

Talk about your interest in mentoring young people and newer employees at Alaska Railroad. Why is mentoring important to you, and who have been some of your most important mentors?
As I started in my career, I was always looking for role models and people I could tap into and draw advice from. And I feel you need to pass that along. As far as two people in my life that I've really looked up to as mentors — and they may not have known they were mentors to me — one is my aunt, Gail Phillips, who was speaker of the [Alaska] House when I came to work for the Senate Majority. I've watched her over the years and admired how strong and what a great leader she was. Another person I've looked up to is Chris Aadnesen, who until recently was our CEO. He was someone who knew how to look for new leaders. He knew how to bring people up, recognize their talents and nurture the ability of the team.

How would you make the case to a younger person that he or she should consider railroading as a future career?
I have to go back to what has kept me in the business. It's always exciting to be part of a business that plays a role in the economic well-being of your state or nation. And I truly believe that railroads play a critical role in the transportation system of our nation. I also would go back to the "cool" factor. To be part of the railroad industry where technology is a huge part of the business — and a railroad like the one I work for that offers freight, passenger and real estate opportunities — means my career has been able to go to a lot of different places within one company. So, if I talk to a young person, our conversation would really emphasize the diversity [of opportunity] within one company.