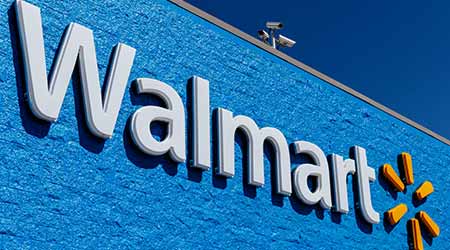 Walmart has launched its own fleet of intermodal containers and is using its own drivers to move the containers from rail hubs to stores, the retailer's vice president of inbound logistics said in a recent interview.

Walmart's Ken Braunbach told Supply Chain Dive earlier this month that the company began the pilot program in summer 2018 in Southern California. The new container — designed internally at Walmart — includes chassis and double-stacking capability, along with a roll-up door that allows more flexibility in unloading.

Under the pilot, Walmart is eliminating the use of third-party logistics providers (3PLs) by using its own fleet drivers for the trip between a rail hub and stores. Taking over that part of the supply chain has saved hours or days of transit time for each container, according to the article.

Taking control of containers directly from railroads is saving time, Braunbach said, noting that several Class Is are implementing precision scheduled railroading — which can mean fewer options and less flexibility, but often greater reliability for shippers.

"As [railroads] get better and in some cases, not as flexible, we want to have control over our entire supply chain," Braunbach said.

Under the new arrangement, Walmart can prioritize each load to meet a train departure schedule exactly, since the uncertainty of using 3PLs is no longer part of the equation, he added.

The railroads' response to Walmart's pilot program so far has been mixed but largely positive, Braunbach said. As a result, the project may be extended to allow Walmart to use more rail in its freight mix, according to the article.