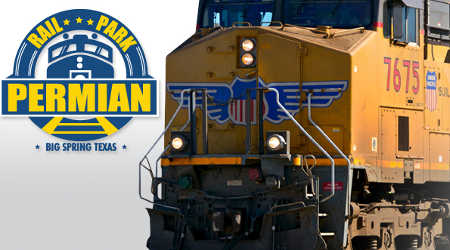 The 530-acre rail park, located on the Union Pacific Railroad, is being further developed to meet demand from the Midland Basin, according to a press release issued by Houston-based Twin Eagle Resource Management LLC.

Phase III will involve developing the 15-acre Lot 2 parcel, which will feature 30,000 tons of rail accessible vertical silo storage. The project is slated to begin next month and be completed by first-quarter 2018.

Permian Rail Park is Twin Eagle's fifth terminal development and one of the largest sand terminals by acreage in the nation, company officials said.

"The Permian Basin is the strongest frac sand demand center in the country employing almost 50 percent of the active rigs in the United States," said Griff Jones, Twin Eagle's chief executive officer. "The first quarter of 2017 has been an exciting time of growth for the Permian Rail Park and our terminal network, we envision the park growing to eventually include a thousand or more rail car spots with greater than 100,000 tons of storage."