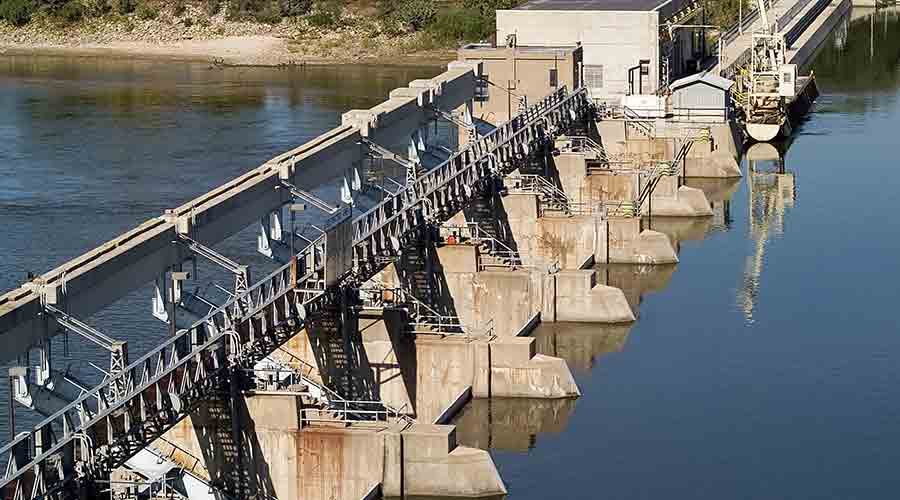 Businesses that ship commodities on the Illinois Waterway system are being encouraged to make alternative plans due to scheduled closures of locks on the system during periods in the summers of 2019, 2020 and 2023.

Shippers will need to find alternative routes during the closure windows or ship along the Illinois River outside those periods, according to St. Louis Regional Freightway officials. One alternative route is the Mississippi River through the St. Louis region, they suggested in a press release.

The region is home to efficient inland waterway port and provides minimal rail congestion and quick truck turns, they said.

The U.S. Army Corps of Engineers (USACE) could begin a two-week closure of the locks on the Illinois Waterway system as early as August, as six of the eight locks are scheduled to undergo major infrastructure repairs. Closures of 90 to 120 days are expected in the summers of 2020 and 2023.

The bulk of the work will get underway in summer 2020. The USACE has developed plans for the closure to provide time to complete the work while reducing impacts to navigation, St. Louis Regional Freightway officials said.

"It's vital that industry members are aware of the plans, the timing and any steps they need to take in advance of the closings," said Mary Lamie, executive director of the St. Louis Regional Freightway. "We [the St. Louis region] should have the capacity to take on more and be part of the solution for those who will be impacted, if the planning starts early."

Each year, more than 10 million tons of corn and soybeans move through the LaGrange Lock bound for export. Other non-agricultural products that move through the Illinois Waterway system locks range from chemicals and petroleum products to raw materials for steel mills.

An average of 16 million tons of soybeans move through all of the waterway's locks annually, according to Scott Sigman, transport and export infrastructure lead for the Illinois Soybean Association. Of the 64 terminals in Illinois that handle soybeans, 19 of those are on the Illinois River, he said.

Alternative routings include 40 shuttle rail facilities in the state, moving west, east and south toward New Orleans, Sigman said. He also noted that the containerization option, which currently moves about 10 percent of soybeans by rail to coastal ports.

“Leveraging the flexibility of different directions and the wide range of modes available, soybean farmers have some options,” Sigman said.