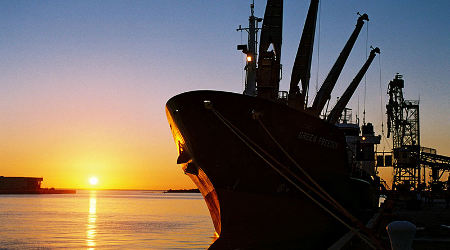 Port Manatee and Guatemala are seeking to increase the amount of imports and exports shipped between the two, representatives of the Florida port and Central American nation announced last week.

"Port Manatee is already an important hub for Guatemalan imports and exports, and we see substantial prospects for growth in this relationship," said Dunia Miranda-Mauri, Guatemala's Miami-based trade commissioner, in a press release.

Miranda-Mauri spoke at the Manatee County Port Authority meeting and at a luncheon hosted by the Manatee Chamber of Commerce on May 18.

"Not only do we anticipate building on the volumes of northbound produce and southbound linerboard and vehicles, but we foresee the addition of other commodities as well," said Vanessa Baugh, chairwoman of the port authority.

Miranda-Mauri's trip to Manatee County is among several such in-person visits to be coordinated by the International Trade Hub at Port Manatee since it began operation in 2014 to boost worldwide links for the county, port and local business interests.