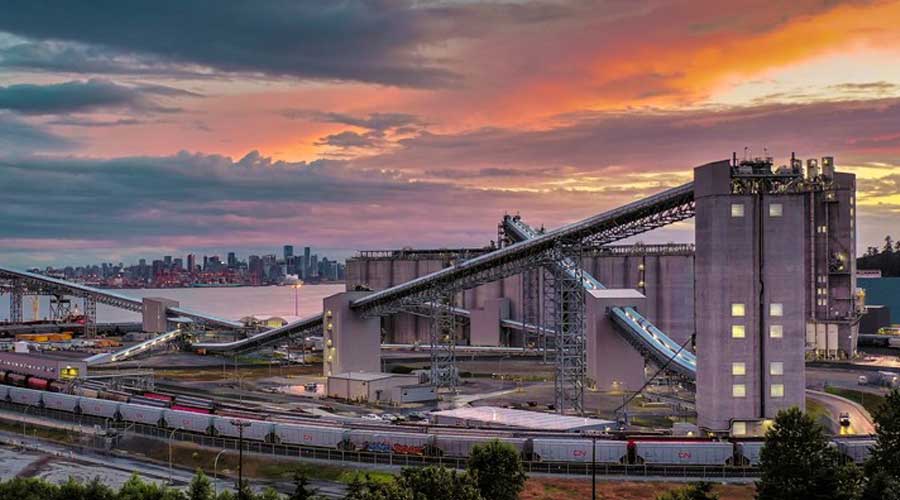 G3 announced yesterday it opened a new grain export terminal at the Port of Vancouver on Canada's West Coast and new grain elevators in Morinville and Carmangay, Alberta.

The two new loop-track grain elevators will ship grain to G3 Terminal Vancouver. Construction on the terminal began in March 2017. It is designed with a focus on high velocity grain receiving and shipping, as well as environmental and safety standards, G3 officials said in a press release.

The facility can receive up to 150-car trains on its loop track. Trains are quickly unloaded while in motion and travel back to G3's Prairie elevators without detaching from locomotives, which is critical to increasing supply chain efficiency, they said.

G3 Terminal Vancouver has a storage capacity of 180,000 metric tons and receives and ships a variety of grains and oilseeds.

Four more G3 elevators are under construction in Alberta.