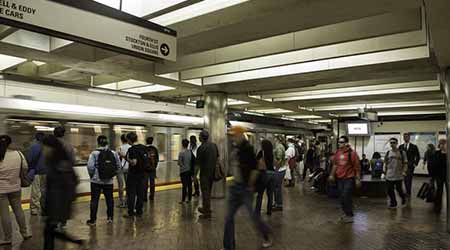 The hacker demanded $73,000 in ransom to release the computers from their control. This type of hack is known as a "ransomware" attack.

SFMTA responded by turning off the machines and fare gates in Muni Metro subway stations, starting Friday and continuing through Sunday morning, agency officials said in a statement.

SFMTA is working with the FBI and U.S. Department of Homeland Security on the matter, officials said.

The agency "never considered paying the ransom," the statement said.

"We have an information technology team in place that can restore our systems, and that is what they are doing," officials added.

Backup systems allowed the agency to get most affected computers running yesterday morning.

Neither customer privacy nor transaction information were compromised during the hack, SFMTA officials said.