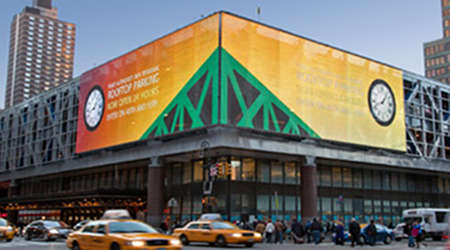 New York Gov. Andrew Cuomo has directed the Port Authority of New York and New Jersey (PANYNJ) to double its police presence at all facilities after a suspected terrorist set off a bomb yesterday in a subway passageway in Manhattan.

Yesterday morning, a man identified as Akayed Ullah detonated a pipe bomb attached to his torso as he walked between subway stations underneath the Times Square area. Ullah survived the incident, which authorities have said was an act of terrorism. The device failed to fully detonate, and Ullah was the only person seriously injured, according to local news reports.

PANYNJ police remain on "heightened alert" at all agency bridges, tunnels, rail and other facilities, according to a press release issued by Cuomo's office.

Other security measures include increased patrols and checks of bags, buses, trucks and trains at agency locations.

The Metropolitan Transportation Authority (MTA) also has increased its patrols and surveillance across all its agencies. The MTA Police Department has stepped up the presence of uniformed and plainclothes officers in New York Penn Station and Grand Central Terminal.

Police presence has been increased at other major stations throughout the MTA Metro-North Railroad and Long Island Rail Road networks.

"Out of an abundance of caution, we are stepping up security measures at high-profile locations and transportation hubs while the investigation progresses. We will remain vigilant," Cuomo said.