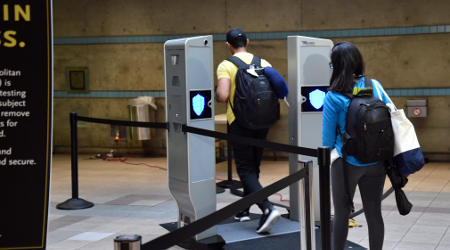 Developed by Evolv Technology, the portable system is designed to screen riders for weapons and explosives. The system can scan 600 people per hour and automatically detect mass casualty threats, Metro officials said in a media advisory.

For the initial pilot, riders may voluntarily pass through the system. Metro hasn't yet purchased the equipment, according to the agency's blog.

For Union Station, Metro would need about 20 devices at a cost of $60,000 each, the Los Angeles Times reported.

To learn more about the Evolv screening system and other transit security technology, read this feature from Progressive Railroading's March issue.