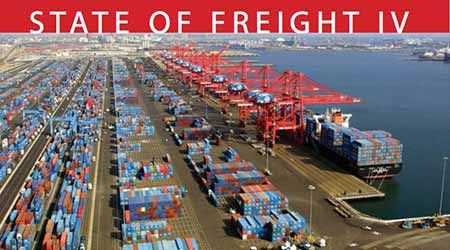 The American Association of Port Authorities (AAPA) has identified nearly $4 billion in "crucial" port and supply chain security needs over the next decade, according to a new report.

The AAPA's recommendations include funding $2.6 billion in maintenance and upgrades to port security equipment and systems, and another $1.3 billion for investments to address cybersecurity, active shooter, drone mitigation, resiliency and other evolving security threats.

As a result of current security challenges, port security grant appropriations need to be increased to $400 million annually and the ratio of grant funds going to ports needs to at least double to 50 percent, they added.

Protecting the nation's seaports against terrorism and other security threats helps ensure safe and reliable goods movement, which is critical to the nation's economy, said AAPA President and Chief Executive Officer Kurt Nagle.

"However, in recent years, nearly two-thirds of Port Security Grant Program funding has been spent on training and equipping first responders, and on improving response capabilities. What’s needed now is a shift to more investments in maritime domain awareness, including prevention and protection measures," Nagle said.

The AAPA's latest report makes the case that the focus of and resources for addressing maritime security challenges "should revert to public port authorities, which would increase partnership opportunities between ports and their maritime stakeholders," he said.

"That was the original intent of the Port Security Grant Program," Nagle added.