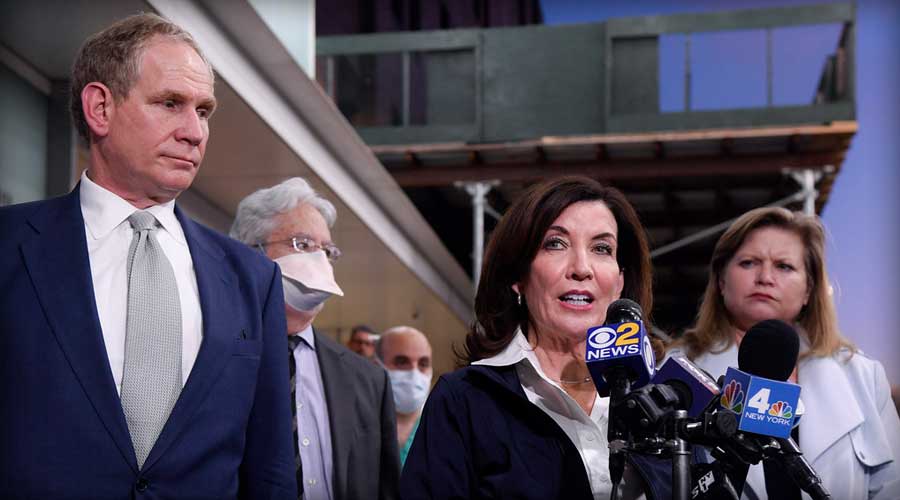 Yesterday's shooting inside an MTA New York City subway train has prompted transit agencies across the country to step up security.

"Our transit systems must be places where riders can feel secure, and Metro will work to ensure that all Angelenos can move through the system safely," said L.A. Metro Chair Hilda Solis in a press release.

In Philadelphia, the city police department is working with the Southeastern Pennsylvania Transportation Authority and Amtrak Police to monitor subways and transportation hubs.

"While there is no apparent nexus to Philadelphia at this time, people should remain vigilant and immediately report suspicious activity to 911," Philadelphia’s police department Tweeted.

NYCT’s Twitter account reported full service has been restored on all lines after the completion of the police investigation at the 36th Street and 4th Avenue station where the shooting occurred. All D, N and R trains are stopping at 36th Street B and W trains are on their regular routes.

Suspect Frank Robert James, 62, was arrested by New York Police Department officers at 1:42 p.m. Eastern time earlier today in Manhattan, just 30 hours after the shooting occurred. He will be charged with one count of committing an act of terrorism on a public transit system, officials said during a press conference today following his arrest. James could face up to a life sentence in prison if convicted.

Yesterday at 8:24 a.m., James allegedly fired numerous gunshots inside an N Line subway car at the 36th Street and 4th Avenue subway station in Brooklyn. About 10 people were reported to be hit by gunfire. James also allegedly set off a canister of smoke, causing some riders to be injured from smoke inhalation, police officials have reported.