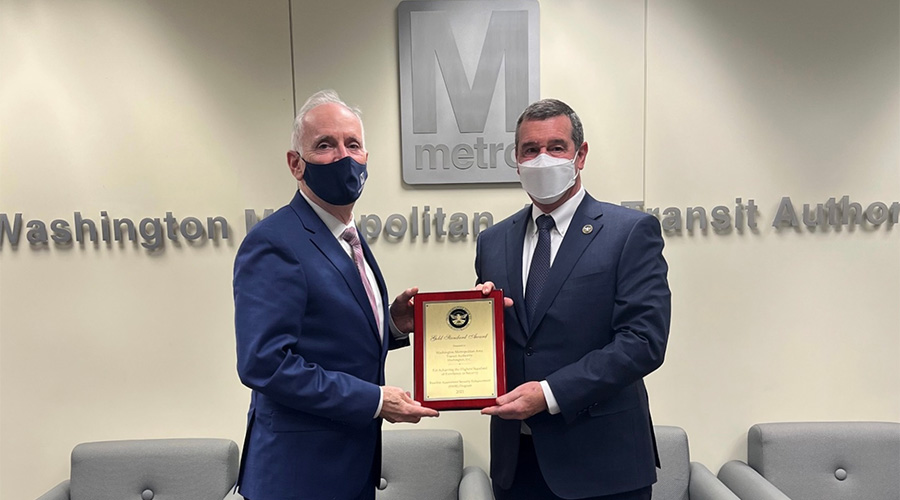 WMATA was evaluated on its security plan and training, drills and exercise programs and public outreach.

"This award recognizes the 24/7 effort to protect the National Capital region from security threats,” said WMATA General Manager and CEO Paul Wiedefeld in a press release. "We’ll remain vigilant and proactive to counter and prepare for any threats our region may face."