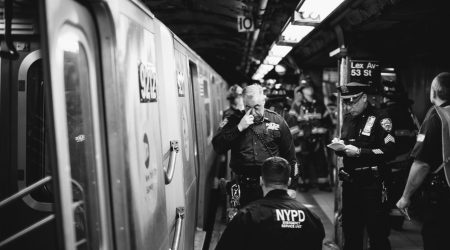 Since 1970, terrorist groups and criminals have made more than 1,000 attempts to derail trains and attack rail infrastructure around the world, according to new Mineta Transportation Institute (MTI) research.

Of the 282 attempts at derailing trains, 42 percent actually led to derailments. South Asia, which experienced 58 percent of derail attempts, leads in the number of attempts. There have been only two derailment attempts in North America, according to MTI's report.

Improvised explosive devices (IEDs) were used to derail trains in more than 75 percent of the cases studied, researchers wrote in an executive summary. Mechanical means of sabotage were employed in nearly all remaining cases.

"Mechanical means of derailments have a higher lethality rate per attack than do derailments using IEDs," researchers said in an executive summary. "Mechanical derailments are by far the most lethal form of attacking the passenger train network."

Meanwhile, 817 attacks have occurred on rail infrastructure, including tracks, bridges, tunnels, signaling and other right-of-way equipment around the world. In North America, there have been 21 track attacks.

"Derailments are intended to cause casualties, while attacks on tracks and other right-of-way infrastructure are primarily intended to cause disruption and attract attention," said MTI researcher Brian Jenkins in a press release.