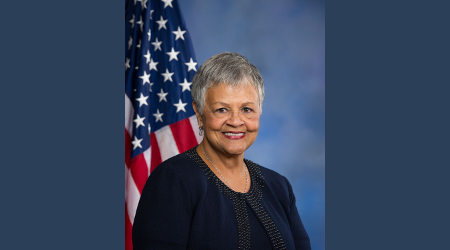 The proposed Surface Transportation and Public Area Security Act (H.R. 4474) calls for additional funding and other resources to programs "aimed at critical soft targets, such as railroads, buses and the public area of airports," according to a press release issued by Watson Coleman's office.

"The Surface Transportation and Public Area Security Act of 2017 will finally give transit agencies the resources and tools they need to enhance security and commuters nationwide the assurances of safety they deserve," said Watson Coleman. "It is imperative that, as federal legislators, we learn from the deadly attacks we've seen worldwide and take all the necessary steps to prevent such tragedy on American soil."

The legislation comes after news that a terrorist organization has encouraged attacks on railroads in the United States and Europe.

Watson Coleman, who is vice ranking member on the House Committee on Homeland Security, also criticized the Trump administration for its proposal to cut funding to existing transit security programs.

"It has become increasingly clear that the federal government has fallen behind in ensuring that our mass transit systems are secure and safe," she said.

Her press release noted that in September, the Republican-controlled House Rules Committee rejected an amendment to the omnibus appropriations bill that would have restored $43 million in funding for Transportation Security Administration's (TSA) Visible Intermodal Prevention and Response (VIPR) teams, one of the few federal programs that supports rail security.

VIPR teams are deployed to provide security at rail and bus stations. The Trump administration also has proposed cutting the Transit Security Grant Program (TSGP) to $48 million from $88 million. Transit agencies use the program to fund key security measures.

Additionally, the bill would make law enforcement reimbursement available for surface transportation; increase the deployment of explosive detection canines to surface transportation; require a review of whether it is appropriate for people to be able to carry guns into public transportation areas; and direct the dissemination of best practices for securing against vehicle-based attacks, such as last month's terrorist attack in New York City.

In a statement posted on Twitter, the American Public Transportation Association yesterday signaled its support for the bill because it would "address the tremendous unmet need for additional security funding and resources" for public transportation.