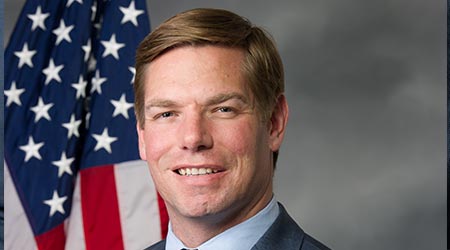 Earlier this week, more than 80 representatives asked House appropriators to ensure there'd be "robust funding" for the account that funds the Transit Security Grant Program (TSGP).

TSGP, the lawmakers said — a day after a deadly subway bombing in Russia — could suffer deep cuts under President Trump’s initial budget blueprint.

“We must not let our guard down, and Americans must not have to fear riding the rails or boarding buses,” said Rep. Eric Swalwell (D-Calif.). a member of the House Permanent Select Committee on Intelligence, in a press release. “Americans made more than 10.6 billion mass-transit trips in 2015, and those systems’ open nature makes them especially vulnerable — a fact not lost on terrorists in Madrid in 2004, London in 2005, and Brussels in 2016. We must maintain robust, separate funding for these systems’ security.”

The TSGP is a competitive grant program administered by the Federal Emergency Management Agency, with funds going to the owners and operators of transit systems to secure their infrastructure and otherwise protect against terrorist attacks. Possible uses for TSGP grants include surveillance training, public awareness campaigns, detection equipment, security cameras and the hardening of infrastructure.

In an April 4 letter to the Appropriations Subcommittee on Homeland Security, the 84 lawmakers noted an attack on American mass transit systems could kill thousands and cripple major metropolitan areas.

They also said they oppose consolidating TSGP into some larger, multipurpose homeland security grant program as has been proposed in the past.

“We understand that the current budget climate makes funding choices difficult,” they wrote. “However, we request that you keep in mind the consequences of failing to commit sufficient resources to protect mass transit systems used daily by millions of Americans. The small amount of money spent now could be dwarfed by the savings in lives and damage by preventing a horrific attack.”