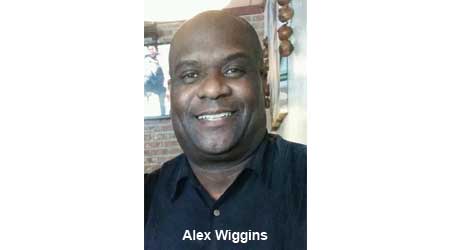 In the newly established position, Wiggins manages the agency's internal security operations, along with its $100 million contract with the Los Angeles County Sheriff’s Department.

Part of his job involves maintaining Metro’s security standards. But he also focuses on ensuring that the agency’s surveillance systems, fare enforcement technology and communications systems work together efficiently.

A veteran of the U.S. Army Military Police, he joined Metro's executive team after more than two decades of security-related experience, including a stint training a new police force in Iraq through DynCorp International.

From 2012 through 2014, Wiggins served as deputy executive director at Metra in Chicago, where he led a review of the commuter railroad’s 105-member transit police department.

"We had a very talented department, … but they needed a different structure and greater accountability," Wiggins says about the review he spearheaded.

The railroad in 2013 received the gold standard award for excellence in security from the Transportation Security Administration.

It wasn't the first time an agency earned the honor under Wiggins' watch: In 2012, the North County Transit District in Oceanside, Calif., also earned the administration’s gold standard for security. Wiggins was serving as the agency’s chief administrative officer at the time.

"Even in transit security, everything we do we need to justify and build a business case for," Wiggins says.

Currently, he works under Metro Chief Executive Officer Phil Washington, who Wiggins describes as "a dynamic leader who understands the direct relationship between transit security and ridership."

Especially as Metro carries out a slew of big-ticket rail expansions, security remains as relevant as ever.

“What I love about [transit security] is that every day we — along with our partners in operations — deliver a service,” Wiggins says. “It’s a rewarding feeling at the end of the day,”