The unprecedented decision to close the entire rail system — which serves the Washington, D.C., area — follows a tunnel fire Monday morning outside the McPherson Square Station, WMATA officials said in a press release.

WMATA's Metrorail ceased service at midnight last night and will remain closed until 5 a.m. on Thursday. The closure is expected to create significant traffic delays for area commuters. 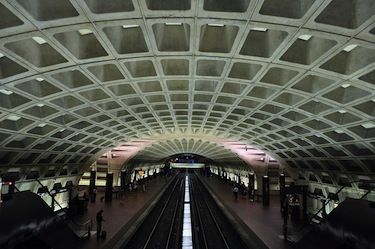 During the closure, the agency will inspect about 600 jumper cables along all tunnel segments on the Metrorail system. Once the inspections are completed, additional rail service outages may be necessary to address repairs,
WMATA officials said.

"While the risk to the public is very low, I cannot rule out a potential life safety issue here, and that is why we must take this action immediately," said WMATA General Manager and Chief Executive Officer Paul Wiedefeld. "When I say safety is our highest priority, I mean it. That sometimes means making tough, unpopular decisions, and this is one of those times. I fully recognize the hardship this will cause."

WMATA is still investigating Monday's cable fire, which resulted in no reported injuries. However, Wiedefield said the conditions of the fire are "disturbingly similar" to the January 2015 smoke incident in a tunnel near the L'Enfant Plaza Station. That incident resulted in the death of one passenger and injuries to more than 80 others.

"These safety issues have been a longstanding concern," Shuster said in a prepared statement. "We will closely monitor developments and assess the need for any additional steps, including a potential hearing."

While the closure demonstrates WMATA's desire to put passenger and employee safety first, it also represents an "unstable environment, in which D.C.'s transportation system is constantly at risk of breaking down and putting passengers in harm's way," said National Association of Railroad Passengers President and Chief Executive Officer Jim Mathews in a statement.

Additionally, the shutdown "highlights the importance of sustainable levels of funding for [WMATA] so these problems can be addressed now and prevented in the future," Mathews said.

Despite the closure, the Virginia Railway Express and the Maryland Transit Administration yesterday announced that they will operate normal service today.