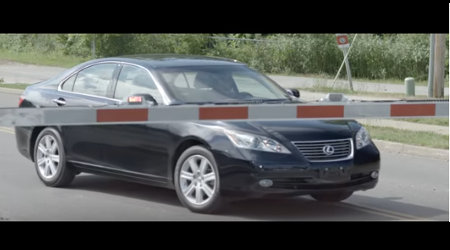 Union Pacific Railroad has received a Telly Award for its "Your Life is Worth the Wait" videos that urge drivers to stop for trains at grade crossings, the Class I announced yesterday.

The video series, which reached 32 million viewers on social media, was part of UP's 2016 public safety awareness campaign, according to a UP press release.

Founded in 1979, the Telly Awards honor outstanding content for television and cable, digital and streaming, and non-broadcast distribution. UP was named a Bronze winner of this year's awards.

UP worked with St. Louis-based Geile/Leon Marketing Communications to develop the videos.

One video follows a hurried woman weaving her car through traffic to avoid being late to a job interview. She considers racing an approaching train across a railroad crossing to avoid being delayed. The woman slams on the brakes and recognizes stopping the car prevented a catastrophic accident. She sees her daughter's picture and realizes her life was worth the wait.