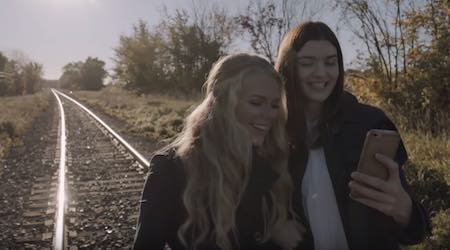 The ads focus on "all-too-common" behaviors that can put people in danger, such as taking "selfies" while walking on railroad track, Operation Lifesaver officials said in a press release. One video highlights the danger of wearing headphones while walking near tracks.

Each video tells the story of a young person whose life is cut short after engaging in this type of risky behavior.

"People assume they'll be able to hear a train coming, or that a train can stop to avoid hitting them," says Sarah Mayes, Operation Lifesaver Canada's interim national director. "Often that's not the case, and last year we saw more and more Canadians tragically paying the price for those assumptions – losing their limbs or their lives."

The new video series comes after an "alarming rise" in injuries and deaths linked to trespassing on rail property in Canada, Operation Lifesaver officials said.

Trespassing and crossing incidents account for more than 85 percent of rail-related deaths and serious injuries in Canada each year, according to the Transportation Safety Board.