NTSB issues safety recommendations to UP, FRA and AAR 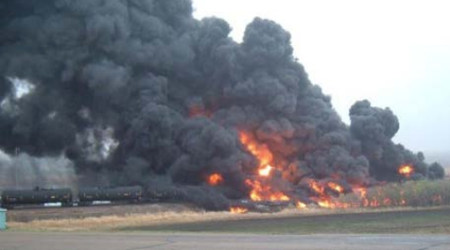 In the UP case, a foreman died Sept. 29, 2015, after being struck by a remote-control train during switching operations at the east end of Armourdale Yard, Kansas City. The NTSB determined the accident's probable cause was the foreman being in the gauge of the track for unknown reasons, while a train switching movement was being performed by another crew. Inadequate radio communications and inadequate work coordination between crews working in the yard contributed to the accident.

During its investigation, the NTSB learned that UP employees received frequent, non-critical, man-down alarms, which the board believes likely reduced the attention and reaction crew members made to actual critical alarms.

As a result of its findings, the board recommended that UP develop and implement a modification to man-down alarms that would allow workers to differentiate between legitimate and non-critical alarms, NTSB officials said in a press release.

In the BNSF situation, a broken wheel led to the derailment of six of the 107 loaded tank cars carrying crude oil on May 6, 2015, near Heimdal. No injuries or fatalities were reported; however, five of the derailed cars breached, releasing 96,400 gallons of crude oil that caught fire. About 30 people from the surrounding area were evacuated due to the smoke plume.

The board determined that one of the car's wheels was broken due to a vertical split rim "which led to catastrophic failure of the wheel due to multiple overstress fractures," board officials said.

As a result of that accident, the NTSB issued two safety recommendations to the Federal Railroad Administration (FRA) to research and evaluate wheel impact load thresholds, and to mandate remedial actions for railroads to avoid or identify mechanical defects identified by wheel impact load detectors.

In addition, the board issued a third recommendation calling for the FRA and the Association of American Railroads to collaborate on an evaluation of safe peak vertical load thresholds to determine remedial actions for suspected defective wheel conditions in high-hazard flammable train service.

The NTSB's briefs of both accidents are available online. The Heimdal accident information is available here ; the Kansas City incident, here.