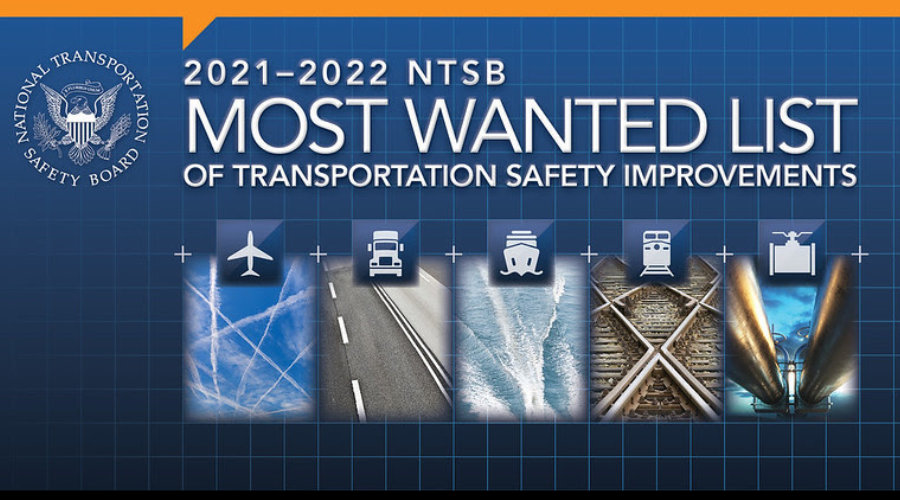 The National Transportation Safety Board has closed its recommendations for reducing rail worker fatalities, one of the 10 issues on its Most Wanted List of Safety Improvements for 2021-22.

The closed recommendations – R-12-034 and R-12-035 – are related to the deaths of two railway workers who were struck and killed by a Washington Metropolitan Area Transit Authority (WMATA) hi-rail vehicle on Jan. 26, 2010. The Federal Transit Administration issued Safety Advisory 14-1, “Right-of-Way Worker Protection,” in response to the recommendation, which would direct safety oversight agencies to work with rail transit agencies to assess elements in place to protect ROW workers.

The two workers who were killed were two automatic train control technicians who were working on the right-of-way replacing an impedance bond between the tracks. The hi-rail vehicle was traveling down the track in reverse gear at 13 mph, according to the NTSB recommendation filings.

The NTSB determined that the probable cause of the accident was inadequate safeguards by WMATA to protect rail workers from approaching hi-rail vehicles and ensure that they were aware of any wayside work being performed. Other contributing factors included lack of communication and lack of appropriate lookout by both the vehicle operator and the technicians.

The NTSB voted to close the two related recommendations earlier this month, which marks the halfway point for the 2021-22 list, NTSB officials said in a press release. The list is used to target congressionally mandated advocacy efforts on implementing safety recommendations in transportation.