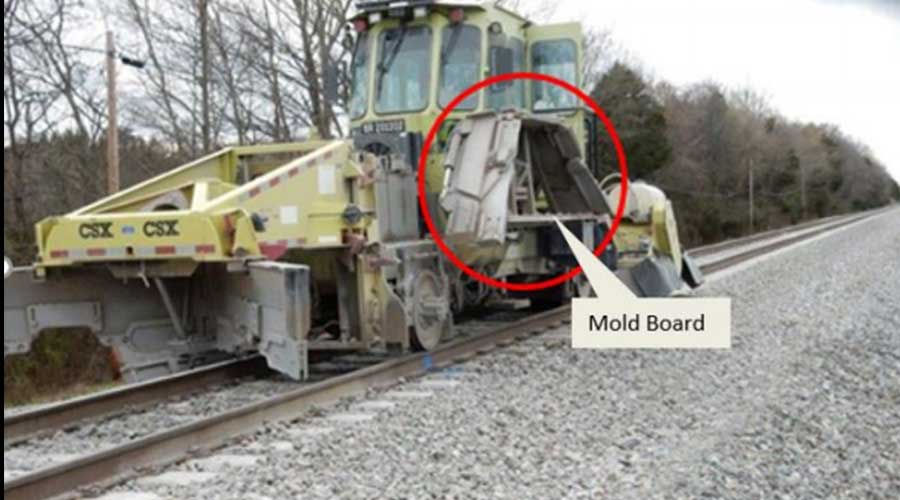 The National Transportation Safety Board (NTSB) determined that a CSX ballast regulator operator's attempt to repair a machine without powering it off and without using lockout/tagout procedures is the probable cause of a March 2018 accident that led to the worker's death.

The operator was fatally injured on March 12, 2018, while working on a main track near Wartrace, Tennessee, in the CSX Chattanooga Subdivision. According to the NTSB report, a CSX equipment manager was traveling in the area when he saw the ballast regulator operator climb into the cab. Shortly after, the manager heard a radio transmission from the operator reporting a problem with a proximity switch on the regulator.

When the manager arrived on the scene to assist, he found the operator under the machine's east wing. NTSB investigators determined that the operator attempted to repair the machine without powering it off and without using logout/tagout procedures, which caused the machine to move and strike the operator while out of the cab. The operator died at the scene, according to the NTSB report.

The board has issued four safety recommendations — one to the Federal Railroad Administration, two to CSX and one to the American Railway Engineering and Maintenance-of-Way Association — that address the need for operator presence controls on new and existing self-propelled roadway maintenance machines, NTSB officials said in a press release.

Investigators found that had the ballast regulator been equipped with an operator presence control, the machine would not have moved under power after the operator left the cab, and the accident would have been prevented, NTSB officials said.

"Despite the importance of operator presence controls, there are currently no federal regulations requiring these safety devices for self-propelled track equipment," said Rob Hall, director of the Office of Railroad, Pipeline and Hazardous Materials Investigations. "Railroad worker safety would be improved with the implementation of the safety recommendations issued in this report."

The agency's full report can be read here.