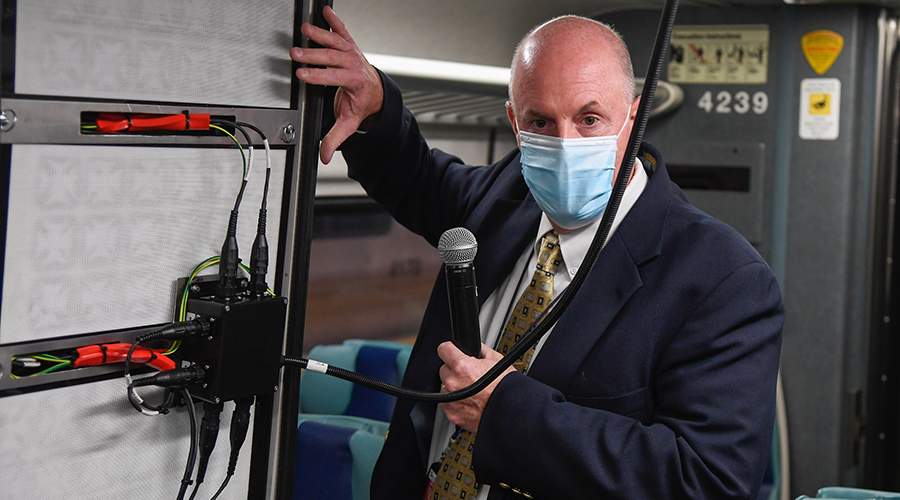 The technology uses an electrical field to generate a wave of ionized particles that destroy airborne viruses, bacteria and particulate matter, including COVID-19, MTA officials said in a press release.

The air filtration and purification system — being developed under patent by Knorr Brake Co. LLC and its subsidiary Merak North America LLC — is incorporated into the railroads’ existing ventilation systems, and can replace the air inside a rail car 12 times an hour.

Metro-North installed the technology in two HVAC units of a Metro-North rail car on Oct. 7, and LIRR will install the system on a rail car by Oct. 31. The railroads will evaluate the technology's effectiveness and its ability to scale up for installation throughout their fleets, agency officials said.