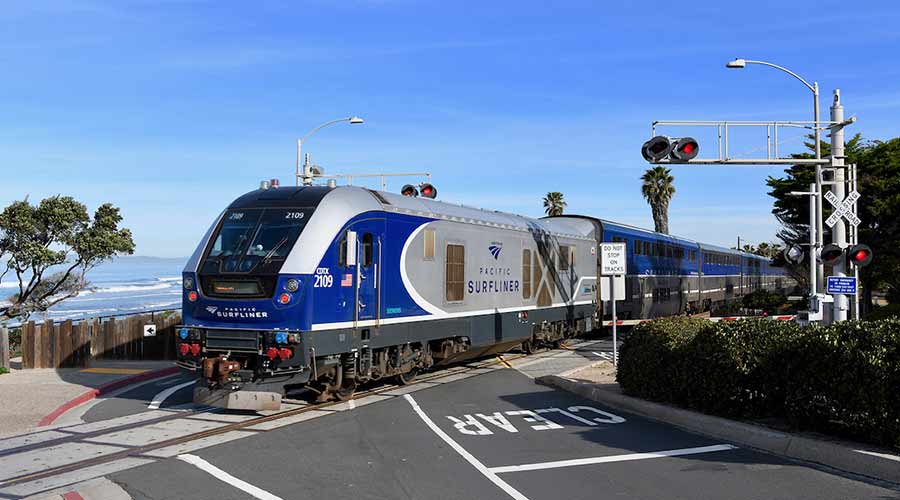 On Sept. 1, Amtrak, the Pacific Surfliner route and California Operation Lifesaver (CAOL) will hold a public education safety event in collaboration with the Los Angeles Angels baseball team in Anaheim.

The Pacific Surfliner will host a booth featuring rail safety experts from CAOL at Angel Stadium prior to the Angels' home game. Attendees will learn tips for staying safe around railroad tracks, including those used by the Pacific Surfliner between San Diego, Los Angeles and San Luis Obispo, railroad and CAOL officials said in a press release.

California leads the nation in annual fatalities due to accidents at grade crossings and trespassing incidents, according to CAOL and the Federal Railroad Administration.

"Every year, hundreds of people die needlessly on or near California's railroad tracks," said Nancy Sheehan-McCulloch, CAOL's executive director. "It's critical that we keep educating the public about the dangers of walking, jogging, and taking pictures on or near the tracks, which is not only illegal, but also very dangerous."

"There are certain things that fans can't do in baseball, like interfering with a ball in play,” Heaney says in the radio spot. "When it comes to rail safety, there are rules too.” The radio spot will run through September on Angels Radio 830AM KLAA.