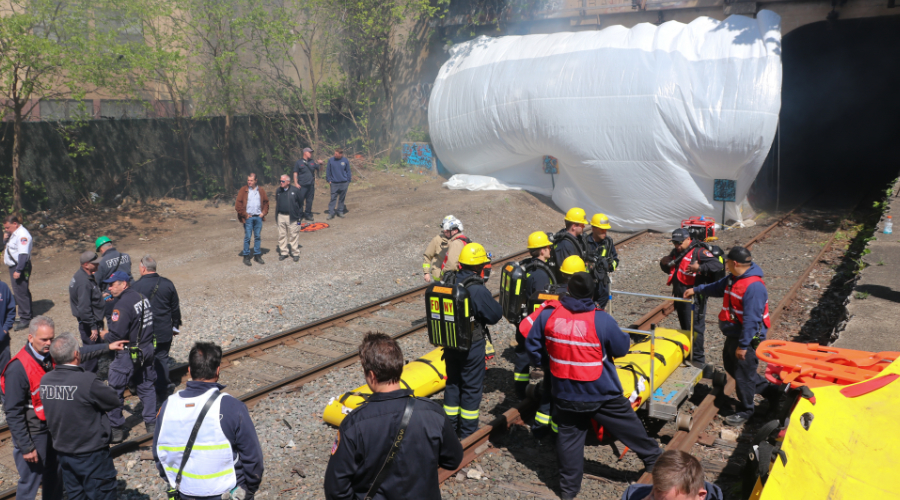 The tunnel used by NYAR to move freight to and from Brooklyn is 3,600 feet long. The exercise helped train first responders on rebreather equipment in an underground environment, with smoke and other conditions that are similar to what the FDNY might encounter in an actual emergency, according to a news release.

A rebreather is a portable breathing device that absorbs the carbon dioxide of a user’s exhaled breath, essentially recycling unused oxygen.

The exercise replicated a major multivehicle crash in an underground highway tunnel. Firefighters and rescue teams entered the tunnel in dark and smokey conditions and used rebreathers and various equipment to access and extricate victims. Approximately two dozen firefighters also participated as simulated victims extracted from vehicles, who were rescued and provided on-scene emergency medical care.