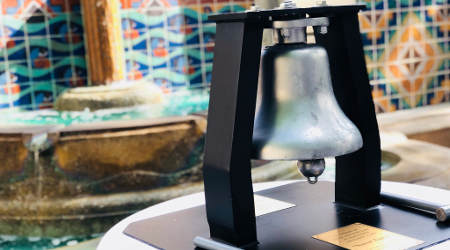 Metrolink yesterday held a ceremony at Los Angeles Union Station to mark the 10th anniversary of the fatal crash in Chatsworth, California.

The incident left 25 people dead and spurred Congress to pass the Rail Safety Improvement Act of 2008. Among its provisions, the act mandated railroads to install positive train control (PTC) technology.

On Sept. 12, 2008, a Metrolink train collided head-on with a Union Pacific Railroad train in Chatsworth in the San Fernando Valley. Investigators concluded the crash occurred because the Metrolink engineer became distracted while texting on his cell phone, causing the train to run through a red signal.

"As we mark the 10th anniversary of the Chatsworth collision, we still have a long way to go to ensure the same kind of accident doesn't happen again," wrote National Transportation Safety Board member Jennifer Homendy in a blog post marking the anniversary. "But there are things we can do. We can insist railroads complete PTC implementation on all their tracks. We can choose vehicles with collision avoidance systems, and we can refuse to drive distracted."

Earlier this year, Metrolink became the first U.S. commuter railroad to attain PTC interoperability with both BNSF Railway Co. and UP.

As part of its commemoration, Metrolink installed an interactive memorial display in the passenger waiting area at Union Station. The installation pays homage to the people who were killed and injured, their families and first responders.

The display includes an interactive experience with a PTC simulator and descriptions of safety improvements along the railroad's system, Metrolink officials said in a press release.

Today, the House Subcommittee on Railroads, Pipelines and Hazardous Materials will hold a hearing to review the status of railroads' PTC implementation.