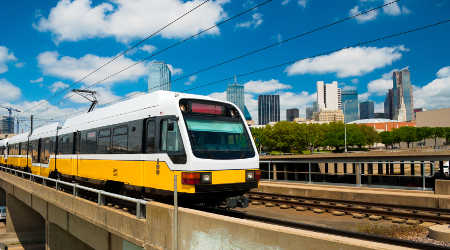 Federal law requires states with transit-rail operation systems to obtain certification of their SSO programs by April 15, 2019. In total, 28 states, the District of Columbia and Puerto Rico are required to obtain the certification.

So far, SSO programs in 19 states, the District and Puerto Rico have been certified.

To earn the FTA's approval, an SSO program must meet federal statutory requirements, including identifying an SSO agency that's financially and legally independent from the transit agencies it oversees.

In addition, states must ensure that their SSO agencies adopt and enforce relevant federal and state safety laws, FTA officials said in a press release.

The state departments of transportation in Arkansas, Louisiana and Wisconsin will be responsible for overseeing the safety of each state's streetcar systems. In Wisconsin, that includes streetcar lines in Milwaukee and Kenosha.

Meanwhile, the Texas Department of Transportation will provide safety oversight for light-rail systems operated by Dallas Area Rapid Transit and Houston METRO. The department also will oversee streetcar systems in El Paso and Dallas, as well as a trolley line in Galveston.