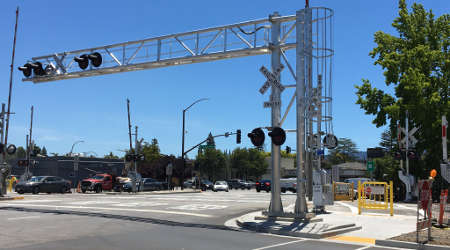 "Caltrain's grade crossing improvements will go a long way toward ensuring that people are safe when they cross the tracks, whether they are traveling by foot, bike or car," said Redwood City Mayor Ian Bain in a press release.