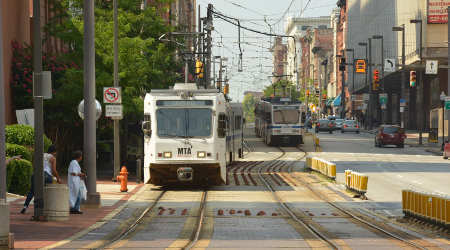 Maryland is the latest state to achieve federal certification of a transit-rail safety oversight program.

The Federal Transit Administration (FTA) yesterday announced that Maryland's state safety oversight (SSO) program has been certified ahead of the April 15, 2019, deadline.

Under federal law, 28 states, the District of Columbia and Puerto Rico must get their SSO programs approved by the deadline. So far, 11 states and D.C. have obtained the FTA's certification.

To achieve certification, states must have an SSO agency that's financially and legally independent from the transit agencies it oversees. The Maryland Department of Transportation has been designated as the agency responsible for providing safety oversight of the Maryland Transit Administration's heavy- and light-rail systems in Baltimore.

If states fail to meet the deadline, they risk losing federal funding for transit until they achieve certification.

Separate from yesterday's announcement, Maryland, Virginia and D.C. are expected to submit an application to certify a different SSO program for the Washington Metropolitan Area Transit Authority's rail system, which will be overseen by the recently formed Metrorail Safety Commission.

Last month, FTA Acting Administrator K. Jane Williams called on states to submit their SSO applications by Sept. 30 or sooner to ensure they're processed by the April 2019 deadline.