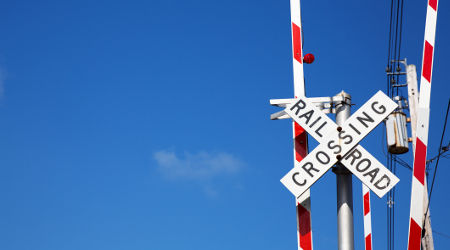 Rail safety has come a long way over the past few decades. In 1981, there were nearly 9,500 car-train collisions at grade crossings in the United States. Fast forward to 2016 and that figure drops to 2,025, according to Federal Railroad Administration (FRA) data. The number of fatalities at crossings also has fallen considerably — from 728 in 1981 to 265 last year.

Some railroads have even logged record-breaking safety performance in recent years. Union Pacific Railroad, for example, in 2016 achieved its best annual employee safety performance in the company's 154-year history. In addition, the Class I’s reportable injury rate improved from 0.88 in 2015 to 0.78 last year.

To boost overall safety, railroads have spearheaded a number of initiatives over the years. For example, the American Short Line and Regional Railroad Association in 2015 formed the Short Line Safety Institute, which has been busy assessing safety culture at smaller railroads. At the same time, organizations like Operation Lifesaver Inc. continue to educate the general public about the dangers of trespassing on rail property.

Railroads' other safety efforts include rolling out or adopting new forms of technology, such as track worker protection gear and better crossing equipment. To work toward their goal of eliminating rail-related deaths and injuries, rail leaders rely on a host of products and services. In July, Progressive Railroading reached out to the supply community to get more information about the latest rail safety offerings. Follow this link to learn about safety products from a range of suppliers.