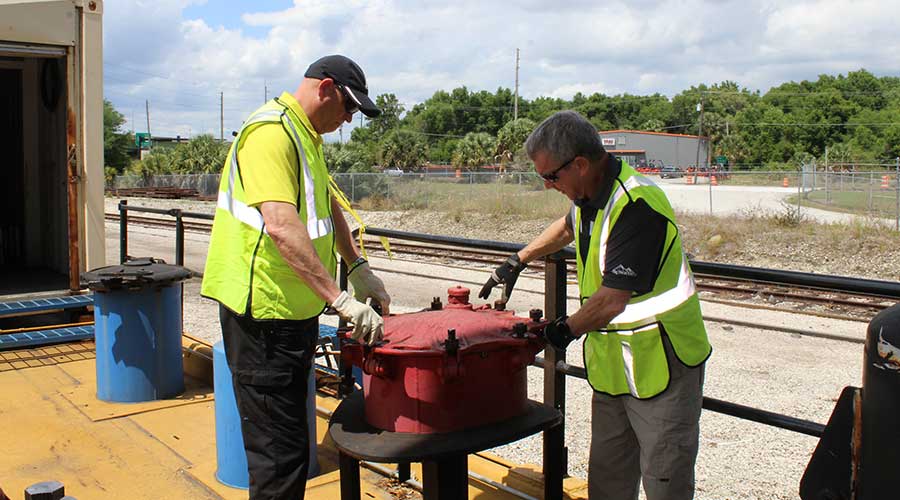 As part of its mission to improve safety in the railroad industry, the Short Line Safety Institute (SLSI) recently brought on board rail security expert John Walsh to oversee and expand the institute’s hazardous materials training programs.

Walsh has amassed a 30-year career in public safety, security, emergency management, homeland security and compliance, including 15 years in the freight-rail industry. At the institute, he oversees current and new programs, including those that evolved from grants issued by the Pipeline and Hazardous Materials Safety Administration (PHMSA). 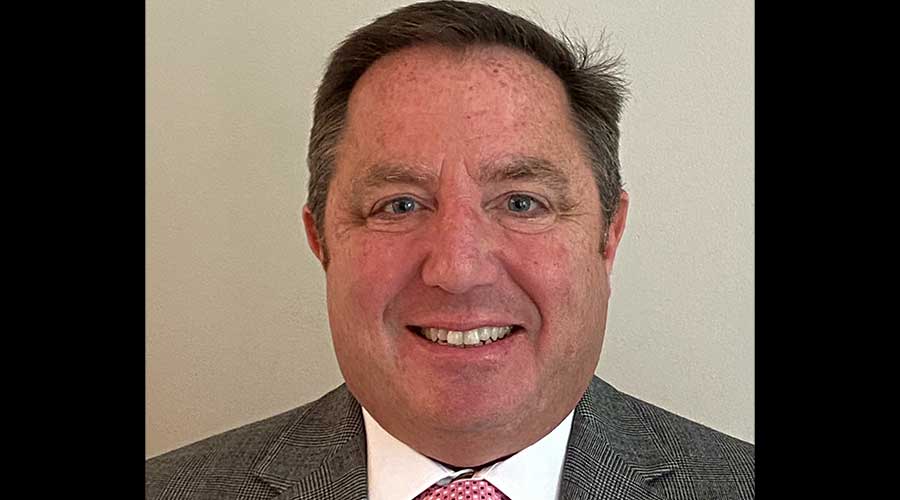 Prior to joining SLSI this spring, Walsh was assistant vice president of safety and security at Genesee & Wyoming Railroad Services Inc., where he was responsible for risk mitigation, safety programs, regulatory compliance, and workplace violence prevention and training programs. Prior to that, he spent 13 years with CSX, where he served in several roles before retiring as director of police and infrastructure protection.

With a PHMSA grant, the SLSI in 2017 launched its hazmat training program through which instructors provide onsite education and hands-on exercises at short lines and regionals. At no cost to the railroads, the program is tailored to their specific operations, locations and the commodities they transport, SLSI officials say.

Walsh’s team creates scenarios that help a railroad's employees learn about best practices for hazmat transportation and emergency response. According to SLSI’s website, the program ensures railroad workers are conversant and compliant with the latest hazmat regulations.

“In most industries, people have myriad plans in place, but those plans need to be exercised and updated,” Walsh says.

During the training, an SLSI instructor introduces a hazmat incident scenario that could occur at the short line, then has the railroaders walk through what their response would be according to the railroad’s plan. Not only does the exercise allow them to practice what their response would be, it allows them to determine what updates or changes may be necessary, says Walsh.

“This is an opportunity to update the railroad’s plan because anything could happen around the rail yard — new buildings go up, new sensitive areas are identified or there could be a new hospital across the street that wasn’t there when the plan was developed three years ago,” Walsh says. “Or, the railroad may be transporting commodities now that it wasn’t three years ago. If it’s an old plan, this is an opportunity to not only see where the gaps are, but actually put them through a real-life scenario.”

As of early summer, SLSI had presented five hazmat training sessions at short lines and regionals this year, which is less than the 17 sessions the institute conducted by early summer a year ago. The institute had been on track to produce even more sessions this year prior to the onset of the COVID-19 pandemic, according to Amy Krouse, director of strategic communications for the SLSI and the American Short Line and Regional Railroad Association.

Over the past three fiscal years, SLSI has received a total of $2.25 million in grant funds from PHMSA for short-line hazmat training, including for a new program that the institute hopes to roll out in fall or early 2021. Despite the pandemic-related slowdown in presentations, Walsh and SLSI are moving forward with plans to offer the new three-day training as part of a “Sentinel Hazardous Materials” program, which would build on the current hazmat presentations.

The new program  — which Walsh describes as a natural progression in content from the one-day session — will present more comprehensive information on tank-car construction and damage assessment. Through a partnership with the Firefighters Education and Training Foundation and its “Safety Train,” a variety of tank cars will be provided for the direct experience portion of the program, he says.

“The Safety Train has a flat car that is outfitted with all the manways and valves and everything that you would find on top of a tank car so that we won’t have our students climbing to the top of the tank car to actually get their hands-on experience,” says Walsh.

In addition to tank-car damage assessments, program participants will learn how to safely transfer product from one car to another and how to flare off gas or material from a tank car.

Course topics also cover general chemistry, a module on public relations and interacting with the first responder community, as well as hazmat regulations.

Dedicated to keeping people safe
Walsh’s career experiences in railroad and public safety oversight have added “immediate value” to the institute’s existing programs and those in development, SLSI Executive Director Tom Murta said earlier this year when Walsh was hired.

The constant thread throughout his career is safety, Walsh says. He joined the railroad industry after retiring from a 20-year career with the New York Police Department, where he served as a patrol officer, community and police supervisor, a sergeant in an anti-crime unit, a lieutenant and an operations coordinator.

Having spent two years in the short-line realm in between his stints at CSX and SLSI, Walsh realized that some short liners may not be aware the SLSI training programs are available at no cost.

“We’re doing our best to get the word out that we want to help them keep themselves safe and improve the safety of their railroads,” he says.