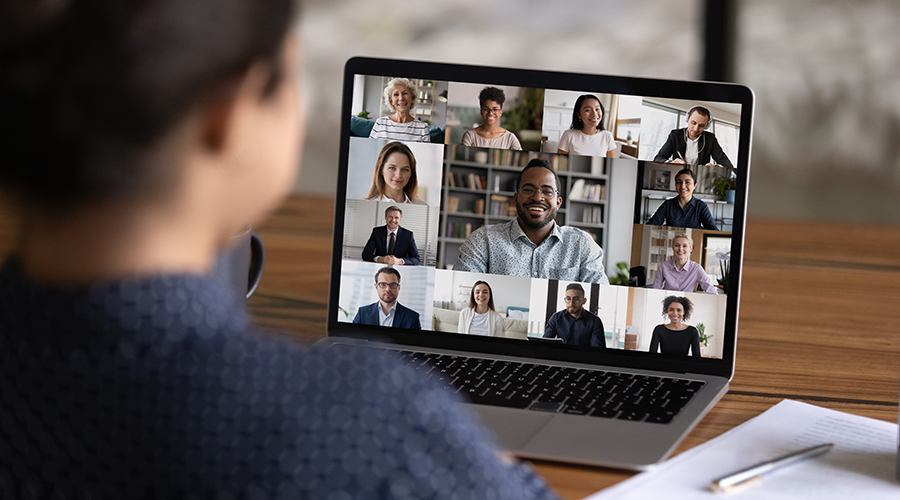 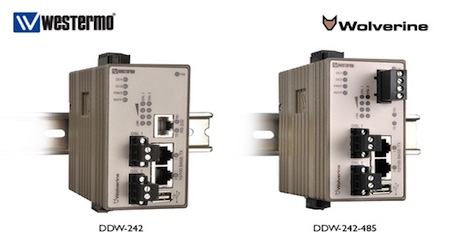 Westermo has released two additions to its range of Wolverine advanced industrial Ethernet line extenders. These rugged, reliable and compact devices are used to establish long-distance, high-speed remote connections between simple or complex Ethernet networks using existing copper cables, thereby reducing installation time and cost, the company says. The DDW-242 and DDW-242-485 include a range of features that deliver secure and resilient networking, even in extreme environments, which makes them suitable for mission-critical rail industry applications.

The line extenders enable Ethernet networks to be connected over distances of up to 9.3 miles, at data rates up to 15.3 Mbit/s on a single twisted pair cable. Using two pairs bonded, the rate can be doubled to support applications requiring larger bandwidths. An integral switch allows two Ethernet devices to be attached, and a choice of either 232 or 485 serial port enables legacy equipment to be incorporated into the IP network.

To help improve cyber security, the DDW-242 and DDW-242-485 include full layer 3 functionality and unique IP security provided by the Westermo WeOS operating system. The devices include a built-in port-based firewall securing data between trusted and un-trusted networks; NAT rules, which provide a way to make systems that are configured with private IP addresses appear to have public IP addresses; and VPN tunnels for encrypting data on the 'last mile' section of the network, which is particularly susceptible to security risk.

The WeOS operating system also provides advanced switching and routing functionality that enables the management of complex industrial networks. With no software configuration needed for basic installation, the DDW-242 and DDW-242-485 can be easily set up, the company says. A web interface and command line interface support configuration of large and complex networks. Should maintenance be required, a back-up and restore facility enables configurations to be quickly downloaded from a USB stick.

To enable installation in harsh industrial environments and rail trackside applications,​ the devices offer a wide operating temperature range of -40 to +70 degrees Celsius, and have been tested to meet electromagnetic compatibility (EMC), as well as isolation, vibration and shock standards.

In the event of link or hardware failure, Westermo's FRNT (Fast Recovery of Network Topology) technology enables network reconfiguration, while an extensive diagnostics function allows the quality of the line and the connection status to be analyzed.