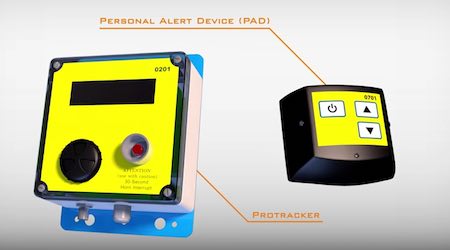 Protran Technology offers the Protracker Train Device, which can be mounted in the cab of a train or tied into the train's monitor. The technology gives train operators audio and visual alerts of workers wearing the Protracker Personal Alert Device (PAD) and headset near the tracks.

These devices help enhance an agency's existing procedures with multiple interfaces such as Ethernet, RS232, RS485, and RS422, Protran officials say. They also allow the system to tie into new vehicle monitors and have a radio interface that allows the system to report worker location to the control center.

The Protracker PAD and the Portable Warning Horn and Light (PWHL) communicate with the Protracker Train Device. Once a train is detected, both the PAD and PWLH will sound a warning alarm to the work crew of an approaching train. It will also warn the train operator of the work crew up ahead.