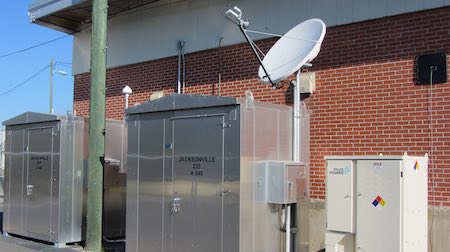 CSX Railroad was the earliest adopter of fuel cell for railroad applications starting in 2009, and today has over 200 24-volt GenSure (ReliOn) hydrogen fuel cell systems deployed, including about 150 for backup power at PTC radio base stations, plus units at numerous signal locations.

According to ARMS personnel working with the CSX engineers, the railroad’s decision to use fuel cells was primarily due to the fuel cells' ability to start up and operate automatically when needed in a power outage without any human interaction, and to provide three to four weeks of continuous standby power on a single fuel load.

In March 2016, Plug Power announced the debut of its new branding initiative across their worldwide hydrogen and fuel cell solution platform. That announcement cited future plans, including powering electric drive trains with their fuel cell technology.