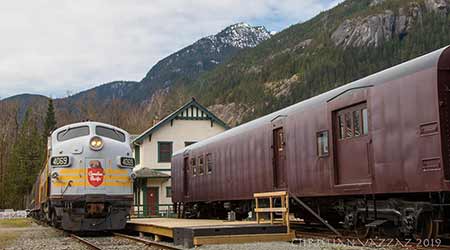 The funding will help WCRA to maintain, protect and preserve its historic collection of locomotives and rail cars, according to a Department of Canadian Heritage press release.

The workshop includes a three story office facility and classrooms where WCRA will hold seminars for students.

“The association has leased this facility for the past 13 years and it has been a key asset in the preservation and restoration of Canada's second largest heritage railway collection,” said WCRA Chair Don Evans. “The shop has become an integral part of what we are able to accomplish at the West Coast Railway Heritage Park in Squamish."

Tours will also be available to the public to learn more about the particular locomotives and railcars being restored, the practice of restoration and the history of railways in British Columbia.