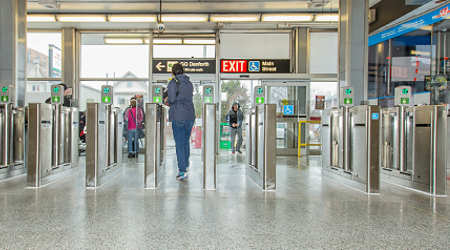 A key part of the TTC's overall modernization plan, the new "paddle-style" gates are designed to provide an unobstructed path into and out of stations, agency officials said in a press release.

The new gates are in place at 44 stations and 75 entrances. The final phase of installation will take place in some of TTC's busiest stations, which will necessitate some weekend and weeknight closures.

After the TTC completes the gate installation project by April 30, 2018, all subway stations and entrances will be able to accept PRESTO cards.

The PRESTO electronic fare payment system eliminates the need for tickets, tokens, passes and cash. The cards now are accepted on all TTC streetcars and buses.