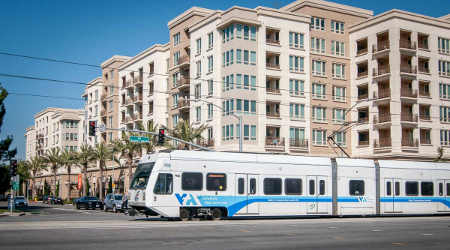 The Santa Clara Valley Transportation Authority (VTA) has issued requests for proposals (RFP) for transit-oriented development projects near three of its light-rail stations.

Two proposals call for the creation of a mixed-use, mixed-income development on land near VTA's Curtner and Blossom Hill stations.

The third proposal calls for establishing a transit-oriented development adjacent to the new Milpitas Intermodal Transit Center, which is served by VTA light-rail and Bay Area Rapid Transit trains.

Responses to the RFPs are due in October and November.

The RFPs were issued under VTA's Joint and Transit-Oriented Development program, which is aimed at using 25 of the agency's properties as stable revenue sources through long-term ground leases.