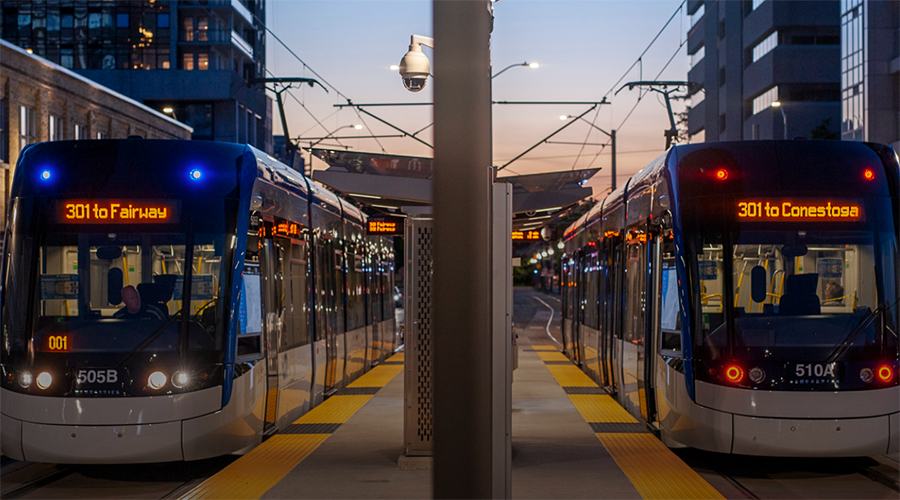 The Canadian Council for Public-Private Partnerships (CCPP) awarded Keolis Canada a Gold Award in service delivery for the ION light-rail system in Waterloo, Ontario. The recognition is part of the CCPP’s 2020 National Awards for Innovation and Excellence in Public-Private Partnerships. Keolis is responsible for operating the system until 2029 and will maintain it for the next 30 years, Keolis officials said in a press release.

Bombardier Transportation signed a contract with CFL cargo to provide 10 Bombardier Traxx MS locomotives for the freight railway in Luxembourg, Germany. The locomotives will be authorized for service in Luxembourg, as well as in Poland, Austria, Belgium and France. They will be equipped with a last-mile diesel concept that enables the locomotive to operate in non-electrified terminals and sites, Bombardier officials said in a press release.

MTA New York City Transit (NYCT) has qualified Mitsubishi Electric Corp. as a supplier of communications-based train control (CBTC) systems following successful testing and verification of interoperability with NYCT’s existing CBTC systems. The qualification means the company is now permitted to bid on any of NYCT’s upcoming CBTC projects. Qualification also is expected to lead to opportunities for Mitsubishi Electric to collaborate with NYCT on long-term technology development, Mitsubishi Electric officials said in a press release.

Transdev launched a new mobile application to enable employees to manage their workday and schedules. The Transdev Connect app has been piloted in several locations over the past year and now will start to be deployed to more than 15,000 front-line operators, mechanics and staff. The app replaces manual processes and paper forms for employees and supervisors. The new app supports Transdev’s social distancing practices by reducing touchpoints and personal contact between employees and supervisors, according to a company press release.

Cummins Inc. recognized TRB Lightweight Structures (TRB) with an Outstanding Supplier Award for its ongoing efforts to minimize the disruption caused by the COVID-19 pandemic. TRB was honored for setting up a new high volume production facility in the United States during the pandemic, and supplying Cummins with multiple critical battery components for electric vehicles. Cummins praised the company for its commitment to hit key milestones and meet delivery schedules throughout the crisis, as well as its efforts to produce personal protective equipment for the United Kingdom’s National Health Service, TRB officials said in a press release.