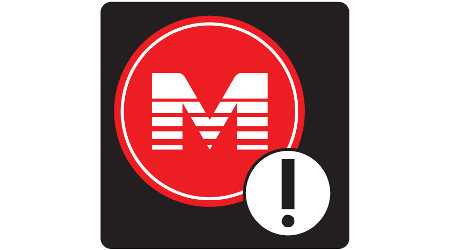 Class Is, Amtrak and Houston METRO suspended service and the Federal Railroad Administration (FRA) declared an emergency event this past weekend due to Hurricane Harvey's impact on the Texas Gulf region.

The FRA declared the emergency Aug. 24, noting that the storm's threat of flooding rains, power outages and flash flooding conditions.

UP yesterday canceled trains at least through today. Facility switching in Houston and surrounding areas will remain suspended for at least another 48 to 72 hours.

"Our primary focus is for the safety of our crews," UP officials said in a customer service notice on its website. "Please continue to call our Hurricane Hotline at 800-365-6963 to report any damage to your facility that will impact our ability to provide service once we resume operations. This information should include damage or tracks out of service and estimated facility repair time."

BNSF informed customers that rain and flooding is causing significant service disruptions in Houston and throughout Southeast Texas.

"While BNSF's Houston (Pearland) intermodal and automotive are both open, road conditions are preventing access to the facilities and only emergency-related travel is advised," BNSF stated in a service advisory. "Train loading/unloading operations are currently suspended."

BNSF advised customers to expect continued delays on shipments scheduled through the area and call its customer support number at 1-888-428-2673 with questions.

Amtrak announced Aug. 25 that it was curtailing service to and from Texas on the Sunset Limited trains No. 1 and 2, and closed the Houston station.