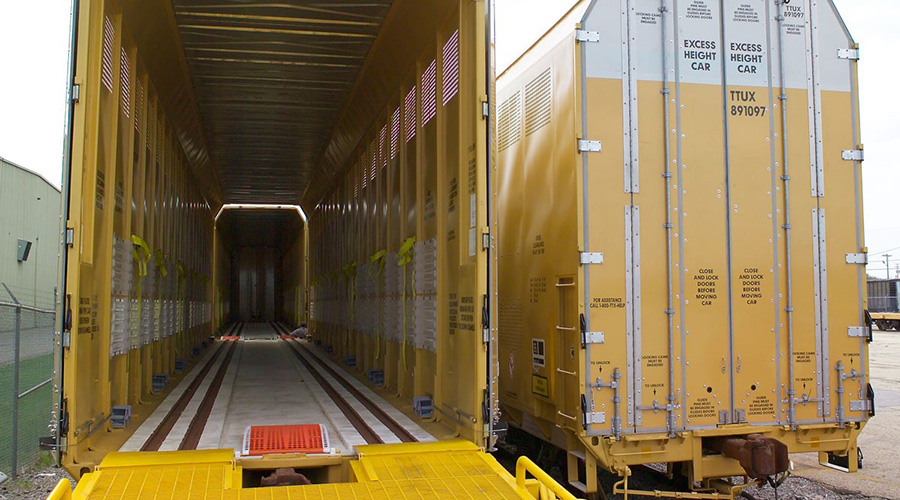 advertisement
The Federal Railroad Administration recently proposed a rule that would establish specific requirements for the placement of reflective material on freight rail cars — a rule agency officials believe would enhance safety.

"About one quarter of all highway-rail crossing collisions involve a motor vehicle striking a train — we have learned that in many cases, motorists do not see trains moving or stopped, blocking highway-rail crossings," Federal Railroad Administrator Allan Rutter said in a Nov. 6 statement. "In proposing this action, we have taken into account numerous considerations raised by the railroad industry and others, and believe real safety benefits can be achieved while minimizing the cost to railroads and the nation's private car owners."

A freight car can obscure a motorist's entire field of view, making the vehicle difficult to detect. Limited visibility at night, dusk, dawn and during adverse weather conditions also can make it difficult for motorists to see dark-colored rail cars. But by placing reflective material on the train itself, FRA reasons, safety can be improved: The material can help drivers better judge a train's distance and relative state of motion, according to FRA research.

In 1982, the Volpe National Transportation Systems Center conducted a study to determine if reflective materials would increase freight-car visibility. Even though reflectors improved visibility, contemporary reflective material would not withstand harsh railroad operating environments, according to the study.

During the 1980s and 1990s, the brightness, durability and adhesive properties of reflective material significantly improved. In 1999, the Volpe Center published another report on freight car reflectorization. The results? New micro-prismatic, retro-reflective materials provided adequate luminance intensity levels that could last for up to 10 years, according to Volpe research.

The Federal Railroad Safety Authorization Act of 1994 required FRA to address the issue of rail-car visibility. A docket (FRA-1999-6689) containing the proposed rulemaking, research reports, workshop transcripts, a preliminary cost-benefit analysis, and comments from the reflector, truck, automobile, and rail industries, as well as the public, is available on the U.S. Department of Transportation's online docket management system (DMS) at http://dms.dot.gov. Comments also may be submitted through the DMS Web site.