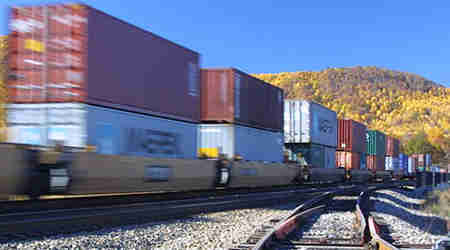 The outlook for rail cars has "brightened considerably" due to strong gains in certain commodity groups in the first half of 2017, according to Economic Planning Associates Inc.'s (EPA) latest report.

Strong traffic is certain to lead to increased investments — including in rolling stock — by the railroads, the report stated.

Additionally, recent multiyear orders for 6,000 cars to be delivered by The Greenbrier Cos. to Mitsubishi UFJ Lease & Finance Co. beginning in the fourth quarter will boost the outlook for rail-car deliveries.

Orders for 17,665 cars in the second quarter served to raise the industry backlog from 60,471 on March 31 to 66,561 units at midyear. That level now represents 6.3 quarters of production at current assembly rates.

Still, underutilized cars in some fleets — particularly coal — remain. With a sufficient amount of coal cars in storage, EPA officials do not envision a short-term demand for additional units, they said.

"Based on strength in box cars, hi cube, mid-sized and small-cube covered hoppers, we have raised our 2017 deliveries estimate to 43,250 cars," the report stated. "Next year, we look for a further modest gain to 45,500 deliveries."