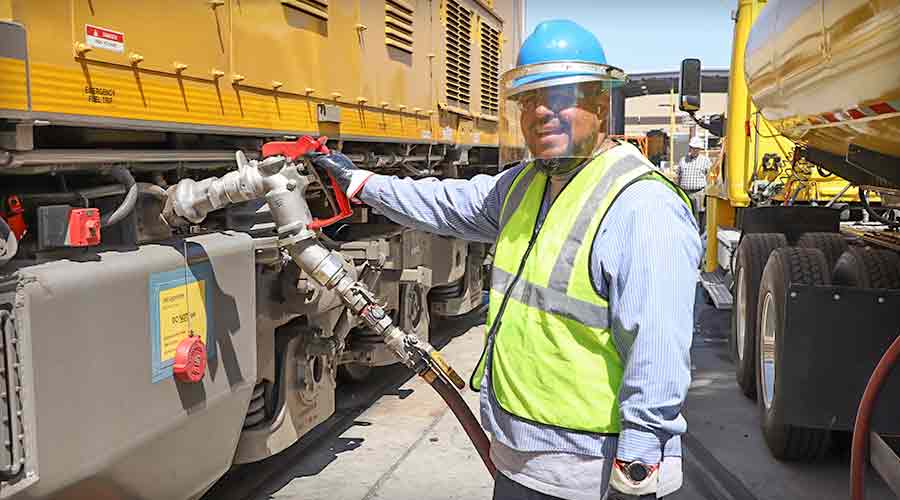 Subject to ratification, the pact would settle wage and work-rule issues for 74 trainmen — who operate CN trains hauling pelletized iron ore in Minnesota and Wisconsin — for the period between January 2004 and September 2012. The agreement would replace a traditional mileage/rule-based contract with a pact based on hourly wages and job security, according to CN. Most of the Class I’s U.S. train and engine employees are covered by hourly-rate labor agreements.

Meanwhile, the Railway Association of Canada (RAC) and Assembly of First Nations recently announced a railway training and employment project designed to promote skills development and railroad jobs to Aboriginal Canadians. The project is funded as part of the Canadian government's two-year, $75 million Aboriginal Skills and Training Strategic Investment Fund.

Scheduled to run through March 31, 2011, the training and employment project will provide 30 participants with tuition and living expenses to attend the RAC’s railway conductor programs in Winnipeg, Manitoba; Thunder Bay, Ontario; and Vancouver, British Columbia.

“As with many industries, Canada’s railways are facing a large number of retirements in many key areas in the coming years,” said RAC President and Chief Executive Officer Cliff Mackay in a prepared statement. “Working with the Assembly of First Nations and our community college partners across the country, we have developed high-quality courses to address the problem in critical skills areas.”