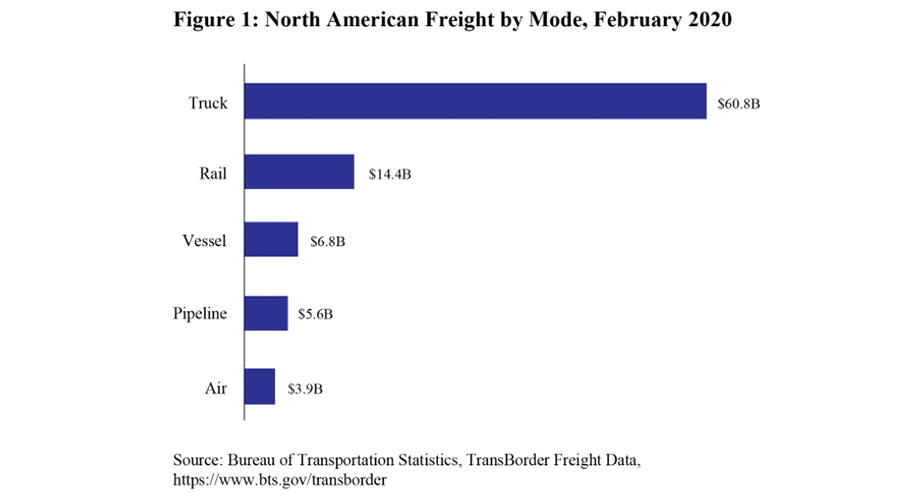 Transborder freight moved by all modes of transportation between the United States, Canada and Mexico rose 1.9 percent to a value of $95.9 billion worth of goods in February compared with February 2019 levels, the U.S. Bureau of Transportation Statistics (BTS) announced yesterday.

The U.S.-Mexico rail increase was driven by a 29.6 percent rise in imports of vehicles other than railway, according to a BTS press release. Non-railway vehicles are 76.9 percent of imports by rail from Mexico.

Freight moved by rail in February represented 15 percent of all transborder freight during moved during the month.

The top three rail commodities and their value were: motor vehicles and parts, $7.4 billion; mineral fuels, $1.2 billion; and computers and parts, $700 million.

Transborder freight moved by all modes of transportation in February dropped 1.2 percent from January, which is a smaller decline than the 1.5 percent decline during the same period a year earlier.