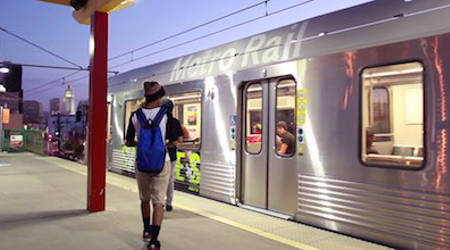 The report documents Metro's three-year process of developing and building support for the Measure M sales tax increase in Los Angeles County. The measure, which was approved by more than 70 percent of LA County voters, provides a no-sunset transportation sales tax that's slated to generate $120 billion in revenue over the next four decades.

Proceeds from the tax will fund several transit-rail projects, including the Regional Connector and the Purple Line subway extension.

Metro garnered support for the initiative by creating a process that engaged all cities in the county, conducting frequent public polling and using performance-based metrics to prioritize projects, according to the report.

"Our lessons learned capture the things that went well and the challenges Metro and its partners faced along the way in the development and passage of Measure M," wrote LA Mayor Eric Garcetti and Metro Chief Executive Officer Phillip Washington in the report's introduction.