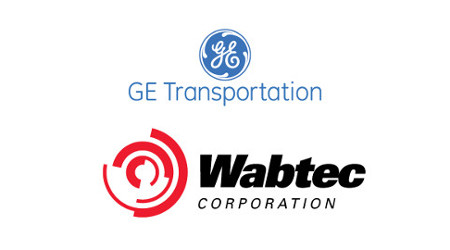 General Electric Co. has agreed to merge its railroad business with Wabtec Corp. in a transaction valued at about $11.1 billion, the companies announced today.

The agreement has been approved by the boards of Wabtec and GE, with the transaction expected to close in early 2019, officials from both companies said in a press release.

The combination is aimed at making Wabtec a leader in rail equipment, software and services, with operations in more than 50 countries. After the transaction, Wabtec will have about $8 billion in revenue, a more diversified business mix, higher margins and about 15 percent cash earnings per share accretion in year one, officials said.

The combination will bring together two global leaders in rail equipment, services and software, combining GE Transportation — a global digital industrial leader and supplier to the rail, mining, marine, stationary power and drilling industries — with Wabtec’s broad range of freight, transit and electronics solutions, they said. Both companies are expected to benefit from the cyclical tailwinds they are experiencing as industry conditions improve, officials added.

The GE Transportation business is positioned for a significant rebound, with estimated adjusted earnings before interest, taxes, deprecation and amortization (EBITDA) growing from about $750 million in 2018 to between $900 million and $1 billion in 2019. The backlog of $18 billion includes abut 1,800 new locomotives and about 1,000 to be modernized.

GE has received $3.6 billion in orders in the past two quarters. Wabtec reported a strong first quarter, and also is forecasting robust growth for the year with record backlog.

"Wabtec and GE Transportation are global industry leaders and we believe that together we have a unique opportunity to drive tremendous growth in 2019 and beyond as the industry continues to improve," said Betler.

"Together, we can expand our global reach, strengthen our market capabilities and lead digital innovation across the transportation industry," said Santana. "We are seeing growth in rail traffic and recent promising orders for new and modernized locomotives from North American Class I, short lines and international railroads, and are confident in the compelling long-term opportunities and synergies before us."

GE will designate for nomination three independent board members.