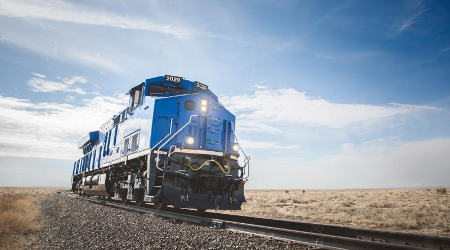 GE Transportation announced late last week that it has joined the Blockchain in Transport Alliance (BiTA), a trade association for blockchain education and standards development.

Blockchain is a digital ledger technology that records transactions and stores data in blocks across a distributed network. The technology enables a "digital supply chain" and creates a peer-to-peer system of commerce, GE officials said in a press release.

Founded in fall 2017, the BiTA is composed of more than 230 companies, including BNSF Railway Co., which recently became the first Class I to join the alliance. Other members include truckload carriers, third-party logistics providers, tech firms, major retailers and financial service providers.

"As GE Transportation extends its capabilities into the broader supply chain, we're connecting partners and customers at every node and across multiple modes," said Laurie Tolson, GE Transportation's chief digital officer. "We look forward to bringing our applications to BiTA as we collectively seek to leverage the potential of blockchain across the industries we serve."

Although blockchain is years away from mainstream usage, the technology could provide $176 billion in business value-add by 2025, GE officials said, citing data from research company Gartner. By 2030, that value could exceed $3.1 trillion.

To learn more about other new and emerging technologies in the rail industry, read this feature from Progressive Railroading's February issue.