Developed in conjunction with Metra and Chicago's suburban bus system Pace, the app is the first in the country to allow customers to pay for rides on multiple transit systems, CTA officials said in a press release. 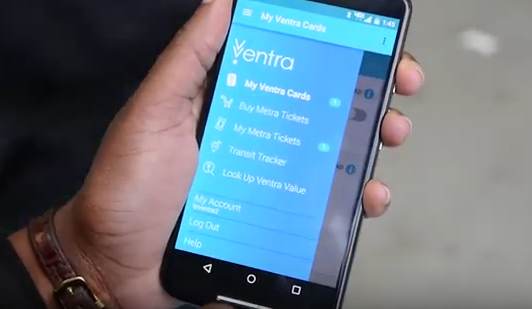 A screengrab of the CTA's Ventra app, which also can be used on Metra and Pace.
Photo: Chicago Transit Authority

The multi-transit system app was launched in November 2015.

"Leveraging technology to further improve the customer experience is a top priority at CTA and the Ventra app was developed with both Metra and Pace with that goal in mind," said CTA President Dorval Carter Jr. "This award further proves the importance that technology plays in a 21st Century transit system and we look forward to the continued development and benefits of the app in future phases to come."

The app has been downloaded more than 700,000 times, and customers have used it to purchase more than $55 million in fares across CTA, Metra and Pace.