Outlook 2017: AAR's Hamberger weighs in on regulatory challenges in the year ahead 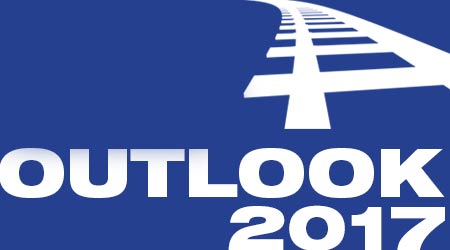 Congressman Bill Shuster of Pennsylvania, the Chairman of the House Transportation and Infrastructure Committee, once said, "Transportation is the lifeblood of the American economy and our way of life."

Privately owned freight railroads, which invested $30 billion in 2015 alone, are an essential part of an integrated transportation network that together moves 54 tons of freight per year for every American.

In fact, the freight-rail industry serves nearly every industrial sector. From the steel products used to construct everything from automobiles to skyscrapers to the 8,000 plus parts used to assemble wind turbines, our industrial nation would not be possible without the support of a rail network built to safely and efficiently carry the load. 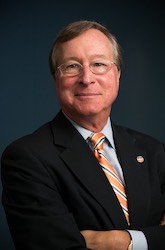 Freight railroads provide firm footing for businesses large and small. And that is made possible because smart and sensible regulations in play today allow the rail industry to earn the revenues needed to invest in infrastructure and equipment.

Yet just as a new administration and Congress arrive in Washington, forces are undermining freight rail's ability to generate revenues and continue record private investments.

The U.S. economy has and continues to undergo big market shifts, and this has triggered massive changes to the industry. The rail industry's single most important commodity, coal, is at its lowest level since 1980. Not only will the lost revenues be extremely difficult to replace, but the loss of this once-stable, once-profitable traffic means our rail network has become inherently less stable. Rail traffic levels for a number of other commodities and intermodal are down because of weakness in the broader industrial economy, as well.

At the same time, a set of proposed rules being considered by the Surface Transportation Board (STB) would undercut an efficient freight-rail system while blindly ignoring the dramatic consequences of these substantial market changes. One particular rule would force carriers to turn their traffic over to competitor railroads, which would significantly compromise network efficiency, and in turn reduce investments.

Railroads have long proved to be nimble, but the success of the industry cannot continue unless all government agencies strive for transparent, empirically driven rules that consider the cumulative effects of regulation. We are heartened that, like the freight-rail industry, many want the STB to resist any further rulemaking until a full five-member Board is seated.

In addition to ensuring regulatory reform that unleashes freight rail's full potential, the industry welcomes the opportunity to work with the new administration on five areas to help advance sound policies that extend well beyond railroads:

We need a simpler and fairer tax code, reducing the corporate rate to a globally-competitive level to broaden the tax base, enhance U.S. economic development, promote growth and reduce debt.

Regulations should be supported by cost-benefit analysis and geared toward today's innovation economy. Too often government makes rules in a vacuum and without an eye toward the future. Policies can become quickly outdated when reacting to the issue of the day, which can sometimes compel overreaction. We must make the process more transparent and collaborative.

Elected officials must halt the practice of transferring money from the general fund to the Highway Trust Fund. Policies should require highway users to pay for their fair use of infrastructure and put in place sustainable and realistic plans that will improve transportation and create jobs. The gas tax can no longer sustain the Trust Fund and we should transition to a truly equitable system such as a weight distance fee.

America needs a comprehensive federal energy plan that enables local solutions that keep costs down and job gains up. We must embrace traditional resources such as coal, ethanol, crude and natural gas, as well as alternative sources like wind and solar.

Trade today supports 40 million quality jobs and railroading spans the North American continent. We must ensure that current and future agreements are fair and put American workers first, but we must not turn our backs on the free trade agreements that have brought prosperity to American workers.

With a new administration in place, lawmakers have an opportunity to ensure that policies are rooted in data and recognize the market realities of today, not the past.

Hamberger is President and CEO of the Association of American Railroads in Washington, D.C.