In a letter to Metro-North President Joseph Giulietti, Blumenthal wrote that the railroad's work on PTC is "apparently lagging." 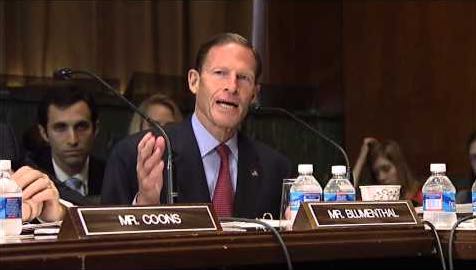 According to the FRA, Metro-North has not acquired radio spectrum for PTC or submitted a PTC safety plan. However, 17 percent of Metro-North's employees have received training on PTC.

"Metro-North should be leading the way — a model of timely, sound investment, not safety delay," Blumenthal wrote. "The Spuyten Duyvil disaster was a red flag for this railroad, but Metro-North seems to have missed the signal, and it apparently will miss another timetable."

The December 2013 Spuyten Duyvil incident involved the derailment of a Metro-North train near the Bronx, N.Y. Four people were killed and many others sustained injuries. The train derailed after it sped through a curve at 82 mph in a 30-mph zone. The investigation revealed that the train engineer had fallen asleep prior to the derailment, which investigators said likely would have been prevented by PTC technology.

Blumenthal further demanded Metro-North to "take the PTC mandate seriously" and provide assurance that the technology will be effective by the federal deadline.

"Still, one year after I wrote you and nearly one year after Congress gave railroads more time to install PTC, the key facts remain unchanged: PTC is operational nowhere on the 384 miles of track Metro-North operates and the railroad has little to show for the past 12 months," Blumenthal wrote in yesterday's letter.

Metro-North spokesman Aaron Donovan told the New Haven Register that the railroad anticipates meeting the 2018 deadline. However, Metro-North's parent agency — the Metropolitan Transportation Authority — is the "busiest transit agency in the Western Hemisphere," he added.

"We run under and over the densest population in the country," Donovan told the newspaper. "No one has tried PTC under these circumstances."