PTC hearing: Amtrak to suspend operations over non-compliant routes after 2018 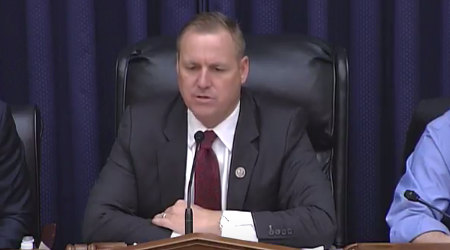 Amtrak will consider suspending service on tracks that don't have positive train control (PTC) in place by the Dec. 31 deadline, the railroad's president told a House subcommittee yesterday.

President and Chief Executive Officer Richard Anderson told the House Subcommittee on Railroads, Pipelines and Hazardous Materials that there will be carriers over which Amtrak operates that are unlikely to have made "sufficient progress" by year's end to qualify for a two-year extension of the 2018 deadline.

"For any such routes, Amtrak will suspend operations until such time as the carrier becomes compliant with the law," Anderson told the committee.

Additionally, there are areas over which Amtrak operates in which there is an FRA "mainline track exclusion" that exempts that segment from PTC requirements based on a low level of freight- and passenger-rail traffic, or the presence of low-speed operations such as yards and terminals, Anderson said.

"We are currently reviewing our policy on operating passenger trains on exclusions to determine whether we have adequate safety mitigation practices in place for each territory and in certain areas, where signal systems are not in place, we will reconsider whether we operate at all," he said, according to his written testimony.

Anderson was one of several railroad industry representatives to testify at yesterday's hearing, which was called to review the status of the industry's PTC implementation as mandated by federal law. Currently, railroads are scheduled to have PTC implemented by Dec. 31, unless they meet certain specific goals that qualify them for a two-year extension.

Association of American Railroads (AAR) President and CEO Edward Hamberger told the subcommittee that all Class Is will have completed PTC installation by Dec. 31. PTC will be in operation on about 80 percent of Class I PTC route-miles network wide, with some Class Is planning to have PTC fully implemented on their networks.

"Between 2018 and 2020, the remaining Class I railroads will be completing PTC implementation consistent with the statute," Hamberger said, according to his written testimony. "All railroads will continue their work on resolving technical operational challenges that will inevitably rise, which Congress anticipated and specifically provided protection for in its 2015 law. "

The railroads also will address the biggest challenge of PTC implementation, which is ensuring interoperability of the PTC systems between railroads, Hamberger said.

As he wrapped up the hearing, Subcommittee Chairman Jeff Denham (R-Calif.) took railroads to task on their "failure" to have already implemented PTC.

"If you have a timeline, we want to see that timeline," Denham told railroad officials. "If you have questions or concerns or impediments, we want to know what those are. If you haven't received funding, maybe you should request funding. But certainly ignoring a congressional mandate again won't be tolerated by either side of the aisle."